I had the room organized in a U shape with four tables around a center table. This was an hour program and I had about 25 kids and 4 parents attend. We used the whole hour and I got all of my supplies at the Dollar Store, some I had on hand so I can't give an estimated cost. Maybe around $25-30 because of the milk purchase. 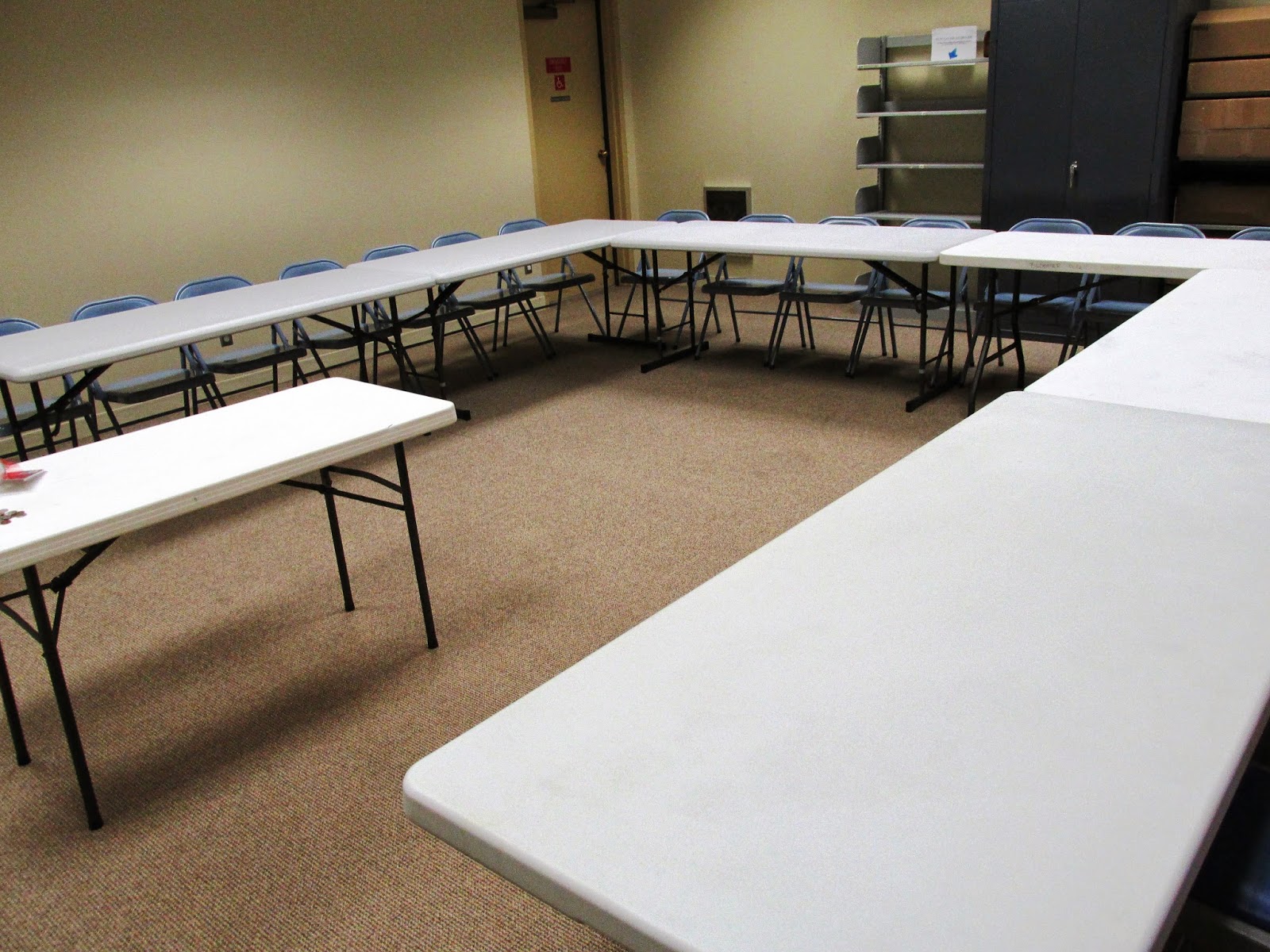 I used a few different resources for this one. There were a few YouTube videos and a few blogs that I read and looked at to nail down how I was going to run this in a large group. You can Google "plastic milk experiment" and find tons of different ways it can go.

Supplies:
Prep:
I started off by giving each kid a red solo cup (insert song in your head here) and a wooden craft stick.

My lovely assistant and I went around the tables giving each kid a cup of warm whole milk. Then my parent volunteers who attended with their kiddos followed behind us pouring 1 tablespoon of vinegar into their cups.I had them stir for a loooong time. Probably five minutes, some elected to stir longer. After most had been stirring for a while I had them come to the table one at a time and dump their mixture into a strainer over a bowl. When the whey had gone through the strainer, I plopped the "caesin" or curds on their paper towel covered plate. They had to dry out their caesin with the paper towels, the more dry they got it the better it worked in the molds. After they got "most" of the whey out of their caesin, they patted it flat then used a cookie cutter to make a shape. Picking up the stuff that fell outside the cookie cutter and putting it inside the cookie cutter and patting it down made their shapes more sturdy. I highly recommend using Meagan's idea of a candy mold for the shapes (brilliant!). They left them on the paper plates for later and we moved on to the next experiment. This experiment can be found all over the internet, just Google "milk soap experiment". 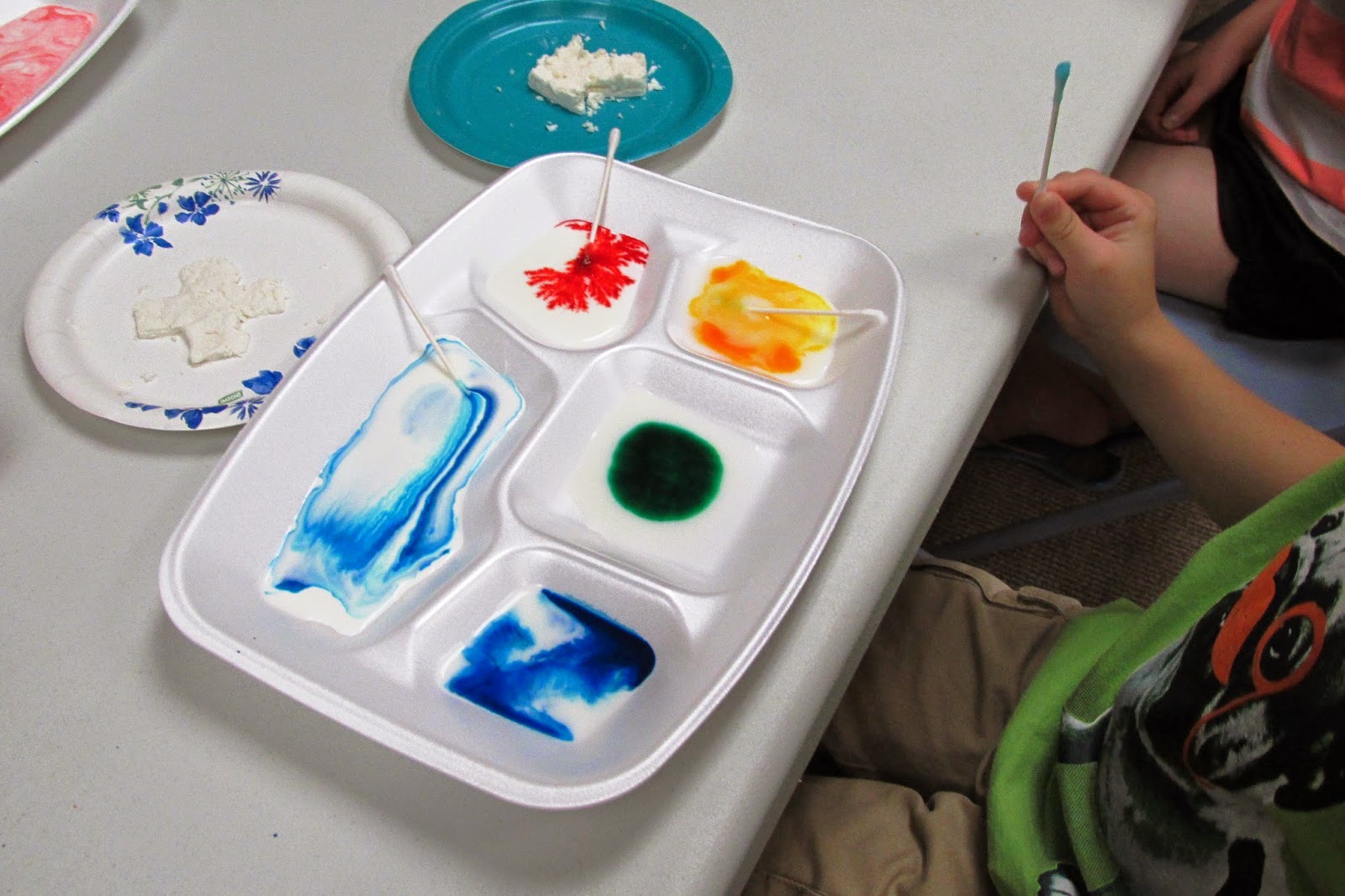 I gave each kid a tray, then I had parent volunteers (pulled from the hallway) pour their liquid into the designated tray spots. After the milk was poured, I had the kids put drops of food coloring 2-3 per section. They had a hard time not mixing the colors and were sadly disappointed later if they had. After they all have their liquids and coloring, I did one demonstration in the middle on a thick paper plate to show the kids how to "use" their Qtips. After that it was a free for all!

That was our last project, so the kids could just leave their milk trays on the table and leave, because there was going to be no crying over spilled milk on my watch (ha ha).
Posted by Unknown at 6:51 AM No comments: